"Planning for the New Normal: Learning from other perspectives"

The ITPSL has issued a circular to all its members regarding the planning certification for the Land Subdivision, Amalgamation etc. Please follow the link to access the details.

The Annual General Meeting of the ITPSL for the year 2019 was held on March 29, 2019, followed by the Annual Sessions and members' get-together at Club Hotel Dolphin, Negombo.

"The Resilience of Smart Cities against Pandemic Outbreak"

A webinar theme on "The Resilience of Smart Cities against Pandemic Outbreak" with partnership of Future City Summit and Good City Foundation was held on 18th April 2020.

The inaugural session of the Higher Diploma in Urban Planning was held on March 16, 2019 at Construction Equipment Training Centre (CETRAC), Pelawatta. 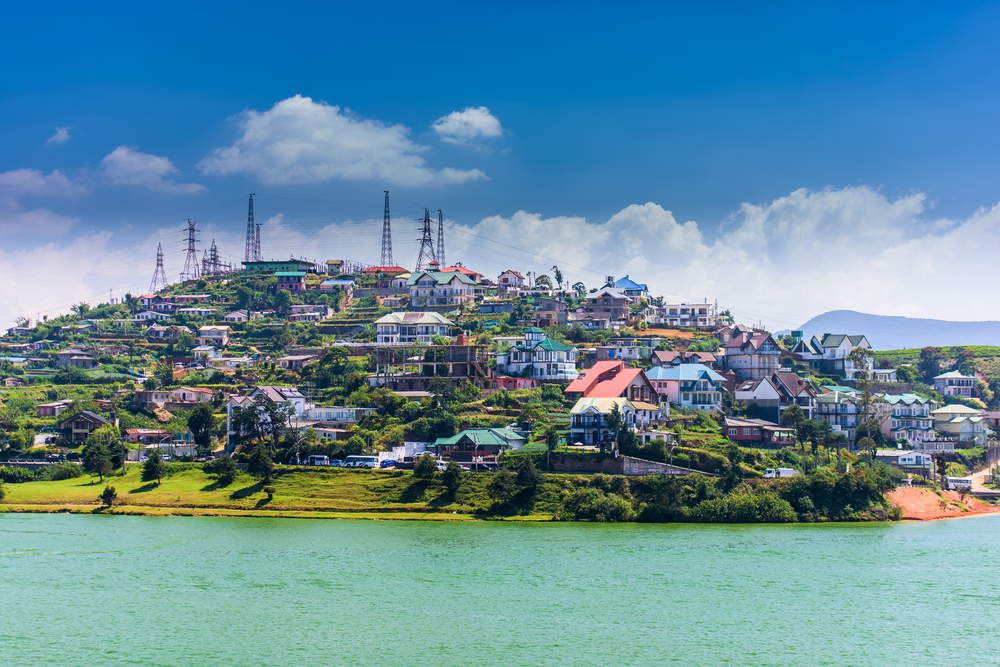 ...Despite its diminutive size, Sri Lanka has overwhelmed the country’s land zoning agencies and urban planners. Here is a teardrop-shaped island, sprawling just 660 square kilometres over the Indian Ocean, but bursting at the seams with sensitive ecosystems, forest reserves, water cascades, and highlands, punctuated by more than 100 urban centres, nine major cities, and two metropolitan regions.

Development was bound to proceeds in a disorderly and ad-hoc manner then. When Dr. Jagath Munasinghe was appointed to the chairmanship of the Urban Development Authority (UDA) in 2016, he made it his raison d’etre to craft regulatory measures that bespeak more planned development for the country. “In that dream, the systems are in place so that developers, officials and the citizens are delighted with the services delivered by institutions, service providers and the public desks,” he said.

The Plan aims to, by 2050, apportion and guide major physical developments in the country into four main development corridors, led by the East-West corridor connecting Colombo and Trincomalee. “We can expect numerous opportunities to open up for the real state sector with the gradual establishment of these development corridors,” promised Munasinghe.

The National Physical Plan serves as a panacea of sorts to the issues caused by the dearth of development plans for urban areas in the island, which now number as high as 240. For the last 40 years, the UDA has formulated only 40 development plans, some of which are now outdated.

Under Munasinghe, the agency is formulating plans for every urban area, including such major cities such as Kandy, Galle, Kurunegala, Rathnapura, and Anuradhapura.

The UDA has special plans for the Sri Lankan capital, which has been buckling under the pressures of property development. Authorities hope to introduce Colombo Commercial City as the most sought-after “waterfront business environment experience” in the world.

Land values in waterfront and canal-side areas of Colombo are set to appreciate by 61 to 62 percent in 2030.

“These plans have adopted a novel approach which I would call ‘pro-development’, deviating from the conventional regulatory based approach,” explained Munasinghe.

“They provide a flexible framework for the developers to select among many choices available for them to design their development, optimising the resources and the opportunities, and incentivising ‘green’ developments.”... [read more]

Copyrights: www.asiapropertyawards.com
Only for information purpose. Under no circumstances will the ITPSL be responsible or liable in any way for any content of the materials shared in this section.

WANT TO BE A MEMBER?

LOOKING FOR A TOWN PLANNER WITH OFFICIAL SEAL?

LOOKING FOR A CONSULTANT?

The Institute of Town Planners Sri Lanka (ITPSL) was established under the provisions of Parliament Act No 23 of 1986 is the professional body responsible for enhancing the Town Planning Profession in Sri Lanka. The Institute was brought into existence to promote the profession of Town & Country Planning in Sri Lanka and to enhance the standard of the profession in the country in keeping with global trends and developments in this field. The Institute also plays a lead role in expressing its professional opinion on matters directly and indirectly concerned with urban and regional development of Sri Lanka and has offered its advice and services to the Government, Semi Government Institutions as well as Provincial and Local Authorities.